All India DRDO Technical Officers Association have represented both the Central Government and 7th Pay Commission to exempt the Defence civilian employees from New Pension Scheme. The copy of the Representation of AIDRDO TOA is given below..

We have represented to both previous NDA & UPA Governments to scrap NPS.Now we have requested the present Government to exempt the Defence civilian employees from New Pension Scheme at par with Armed Forces.Let’s be optimistic that present Central Government will exempt us.Let’s build pressure on the Govt. by ensuring that employees/officers who joined after 01/01/2004 send individual representations to the Cabinet Secretary through proper channel.Pl.forward this mail to our younger brothers & sisters who joined after 01/01/2014.

During the meeting with Chairman,7th CPC we have categorically told that New Pension Scheme should be rescinded and scrapped.We requested that the CPC can intervene as 6th CPC had given recommendations that Defined Pension Scheme is better than NPS.We requested that the recommendations of 6th CPC should be applied to all entrants since 01/01/2004.

The extract from our memorandum to 7th CPC on NPS is given below for ready reference.

2.1 The contributory pension system brought in by the GOI through their notification dated 22.12.2003, now renamed as National Pension System under PFRDA Act, has been imposed on Government employees who entered service on or after 1.1.2004.

2.2 This is an illegal act in as much as the Supreme Court of India had held Pension as an enforceable inalienable fundamental right. Therefore it should be scrapped or at least not made applicable to Government employees. This has also divided the CG employees into two categories and therefore it is discriminatory in respect of persons who have entered service on or after 1.1.2004 who had been denied the statutory pension. Any discriminatory scheme is illegal and ultravires of Article 14 of the Constitution. On this count also the NPS cannot be made applicable to the Government employees.

2.3 The Centre for Economic Studies and Policy, Institute for Social & Economic Change, Bangalore in a Study of Terminal Benefits of the Central Government Employees sponsored by the VI CPC had also observed that Civil Services Pension is in the nature of a deferred wage. It is well known that the principle guiding the pay package of civil servants is one of intentionally spreading out the compensation over a long period of time, thereby the wages paid out during the course of the work tenure is kept low by design, and the pension payments made during the retirement phase compensate for the low working wages.

2.4 The above mentioned study under the heading “Arguments against pension reforms” states as follows:

“Deferred Wage: In the context of civil servant pension payments, it is argued that, the principle guiding the fixation of pay package is one of intentionally spreading out the compensation over a long period of time, whereby the wages paid out during the course of work tenure is kept low by design, and the pension payments made during the retirement phase compensate for the low working wages. The Supreme Court of India held that pension is neither a bounty nor a matter of grace depending upon the sweet will of the employer. It is not an ex-gratia payment, but a payment for past services rendered. It is a social welfare measure, rendering socio-economic justice to those who in the heyday of their life ceaselessly toiled for the employer on an assurance that in their old age, they would not be left in the lurch.”

“Larry Williams observes “Actually, civil service pensions, because they are not based on contributions, are best described as deferred wages. Civil servants accept a lower current wage in exchange for the promise of a pension in their old age. If this pension were contributory, they would insist on a higher wage and government would have to either increase taxes or borrow (issue debt) to pay it. The real cost of civil servants is thus much higher than recorded under the current system of cash accounting. A good reform would be to move to a system of accrual accounting setting up at least a notional fund to pay these deferred wages” (Larry Wilmore, 2004)” “Public and private sector pay differentials: A comparison of the public and private sector wages reveals that while the public sector wages for the lower grades compares well with that of the private sector, the salaries of the employees belonging to the higher grades are highly unfavourable to the public sector employees. The post-retirement benefits that the government employees are entitled to act as some incentive to retain them in government sector.”

2.5 The above study had submitted the following estimated pensionery outgo which tends to increase during the period from 2014-2038. It is only after 2043 that it starts declining and will be reduced to zero only in 2088. The table is given below:

2.6 The above study had also pointed out that expenditure on pensions of civil servants of high income OECD countries on an average is 2% of GDP (less than 1% in Ireland and more than 3.5% in Austria*)(* Source: OECD Social Expenditure Database). But in the 8 South Asian countries it is less than 1% of GDP (Source: World Bank Data base). However, in India between 1964-65 and 2004-05 on an average pension payments (Civil Service pension paid by Central Government) have constituted 0.51% share of GDP. The Pension liability would continue to increase and reach 0.54% level by 2014-15 and remain at that level till 2024-25 after which they would decline as a percentage of GDP according to the same study conducted by Dr.Gayatri at the instance of VI CPC. These figures argue themselves in favour of continuation of the Defined Benefit Pension Scheme for all Central Government employees instead of throwing a section of them to market based NPS. According to 2011 census 62.8% are in the age group of 15 to 60 and only 8.2% are above the age of 60.

2.7 From the above projection it is very clear that the benefit of NPS will commence only after 30 years i.e. in 2044. And during the period it will increase exponentially as because in addition to the Statutory pension liability the Government will be contributing to the NPS also @ 10% of annual salary bill of the CG Employees who have entered service on or after 1.1.2004.

2.8 The final conclusion of this study team has been as under:

“Mainly given the fact that the future liability although may be large in terms of the absolute size is not likely to last very long and does not constitute an alarmingly big share of the GDP which is also on the decline, it appears that pursuing the existing “Pay As you Go” to meet the liability would be an ideal solution.”

2.9 Applying this conclusion we may suggest that the NPS may not be made applicable to the Government employees and all those who had been covered under NPS may be reverted back to statutory pension scheme. The Government may be asked to study the experiences of this scheme in several other countries in the world. In Chile such a scheme has been reversed as because the return which the low paid employees got out of the annuity purchased was not as good as 50% of LPD but as low as 20% of LPD. The UK Government had to pay out of the exchequer large amount by way of subventions in order to ensure that that annuities purchased yield 50% of LPD as pension. It is well known that in USA where there were similar pension schemes dependent upon the market had collapsed during the financial melt down from 2008 onwards. It is estimated that more than 3.5 trillion $ worth of pension wealth was lost. The workers not only lost their pension but also their jobs. Our respectful submission is that taking into account the demographic considerations of India which is a country of young do not need any such market oriented pension scheme, particularly when the international experience is that such schemes had failed and our country can afford to pay pension to civil servants which stands at level of 1% of the GDP. We conclude by quoting the opinions of experts on the future of market dependent pension Scheme.

Mr Joseph Stiglitz (Chief economic advisor to former president of USA Bill Clinton, former vice-chairman and chief economic advisor, World Bank, Nobel Prize winner, Professor of economics, Columbia university) said that “Stock market does not guarantee returns. It does not even guarantee that the stock values will keep up with inflation. Privatization would not protect retirees against the social security systems insolvency. Argentina’s privatization of its pension system was at the centre of its fiscal woes”.

Mr Dean Baker (Co-director for centre for economic and policy research, Washington) said “Privatisation means that you would not have a guaranteed benefit that you have today. It would depend on how will your investments do or how well they have done at the point you retire. He quoted the collapse of NASDAQ and Enron. In Britain, Insurance companies could not honour their promises and the Government had to compensate with 8 billion pounds”.

We have requested the PFRDA Authority to furnish certain information on their working . On receipt of this information we may make certain further submission for the consideration of the Commission.” 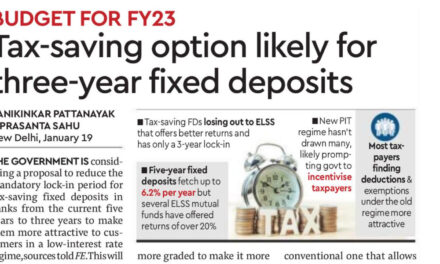