Office of the Controller General of Defence Accounts

In continuation of MOD letter of even No. dated 27th February 2013, on the subject mentioned above, the proposal regarding re-designation of various posts in Defence Establishments consequent upon their merger as per 6th CPC recommendations has further been considered and referred to Ministry of Finance, Deptt. of Expenditure through Integrated Finance for approval.

2. Ministry of Finance, Deptt. of Expenditure vide Ministry of Finance, Deptt. of Expenditure U.O. No.10 (6)/E/III.B/2012 dated 26th December 2014 and subsequent clarification furnished vide U.O. of even No. dated 7.4.2015 has intimated that the proposal has been examined in consultation with Deptt. of Personnel & Training, and approved the common designations of various cadres as under:-

3. The above approval is subject to the following:

(iii) It does not disturb the next higher post in the hierarchical line of promotion, and

(iv) It does not entail any financial implication whatsoever in any form whatsoever.

4. The proposal with regard to continue with the nomenclature/ designations of Stenographer Cadre, Administrative Cadre, Technical Cadre (Chargeman, Tradesman Mate, Labour/Mazdoor) Scientific Staff, Telephone Operator, CMD Cadre and Photographer Cadre is subject to the condition that for the common category cadres where Model RRs are issued by the DOP&T, the re-designation will be as per Model RRs and no deviation in such common category posts is allowed. 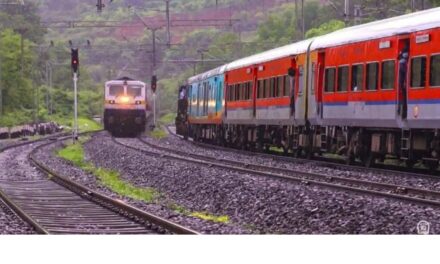 Railway employee to be divided into two cadres

7th Pay Commission: No voice raised for fitment factor hike, but this is what these government employees will get