Now FIR can be lodged from running train

The Lucknow Bench of the Allahabad high court has issued several directions to ensure safety of railway passengers on board. It has directed railway officials that in case of any crime in train, they must register victims’ FIR on board without disturbing their journey . The complaint should be in three copies and one be handed over to the passenger forthwith.

So far, though Railway Protection Force (RPF) carried FIR forms, in effect passengers had to either break journey to lodge FIR or complain on reaching their destination. The court order should change that.

A bench of Justice S K Saxena and Justice Rakesh Srivastava simultaneously directed railway officials to install a panic button in every bogey for passengers to alert authorities when prompt action was required. The directions were issued in course of hearing of a PIL registered in 2011. It will hear the matter next on January 16.

The bench further directed the Government Reserve Police (GRP) to replace the heavy 303 rifles being carried by its escort team by modern and light arms.

The court also advised the GRP to set up control rooms on the pattern of police and woman control room to register complaint immediately after receiving it on railway helpline number 1322 and coordinate the follow up action.CCTV cameras will also be installed at every GRP station.

Railway board is not allowing its staff with more than Rs. 40000 pay to run Air Conditions 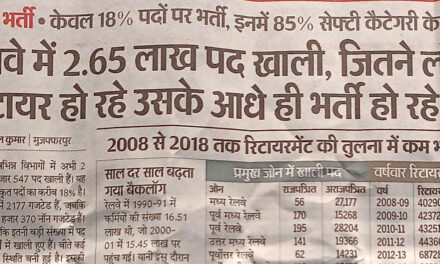