SEOUL: Apple has reduced its orders for memory chips for its new iPhone from its main supplier and competitor Samsung Electronics, a source with direct knowledge of the matter said on Friday.

Apple has been cutting back its orders from Samsung as it seeks to diversify its memory chip supply lines, although the South Korean firm remains on the list of initial suppliers for the new iPhone, the source told Reuters. The person declined to be named because the negotiations are confidential.

The Korea Economic Daily, citing an unnamed industry source, reported on Friday that Apple had dropped Samsung from the list of memory chip suppliers for the first batch of its new phone, the iPhone 5, which is widely expected to be unveiled next Wednesday. The report said Apple instead picked Japan’s Toshiba, Elpida Memory and Korea’s SK Hynix to supply DRAM and NAND chips.

“Samsung is still on the list of initial memory chip suppliers (for new iPhones). But Apple orders have been trending down and Samsung is making up for the reduced order from others, notably Samsung’s handset business,” the Reuters source said.

Samsung’s handset business, led by robust sales of its flagship Galaxy line of products, has become the most important earnings pillar, bringing in around two-thirds of Samsung’s overall profit, and is driving sales of component – from memory chips to micro processors and displays.

Samsung, the world’s top smartphone maker, said on Thursday that sales of its Galaxy S III smartphones topped 20 million since its late-May debut.

The source denied market speculation that the reduced orders from Apple were prompted by a souring relationship between the two companies, which are locked in global patent disputes, and said Apple had already been looking to widen its supply chain.

Bernstein analysts estimate Apple’s purchases of mobile DRAM and NAND chips from Samsung have fallen significantly and now only account for around 2.5 percent of Samsung’s 2012 earnings.

California-based Apple frequently faces a supply crunch when a new product is launched, triggering a consumer stampede that drives demand far in excess of supply and production capability.

Earlier this year, a source told Reuters that Elpida was selling more than half of its mobile DRAM chips to Apple.

In flat-panel displays, LG Display is one of the dominant suppliers for the new iPhone, according to sources close to the matter, as Japan’s Sharp has fallen behind schedule on iPhone display production.

Apple and Samsung have taken their bruising patent disputes to some 10 countries as they vie for market share in the booming mobile industry. Apple won a landmark victory last month after a US jury found the South Korean firm had copied key features of the iPhone and awarded Apple $1.05 billion in damages.

Still, Samsung remains the sole producer of Apple-designed microchips that power the iPhone and iPad, making their relationship too important for either party to put at risk.

Samsung’s component sales could hit $13 billion next year and bring in $2.2 billion in operating profit, according to a recent estimate by Morgan Stanley. That’s nearly 8 percent of estimated group operating profit.

Shares in Samsung rose more than 4 percent on Friday to a 2-week high – and set for their biggest one-day gain in 6 weeks. The gain was broadly in line with a technology sector rally after a maker of solid-state drives, which uses flash memory chips, warned of component shortages, raising expectations that production cutbacks have stopped a slump in prices for flash memory chips. 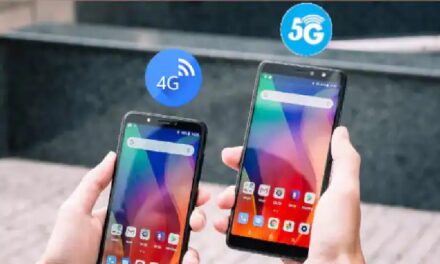 iPhone 5 is not just a phone, it may deliver a well-timed stimulus to US economy